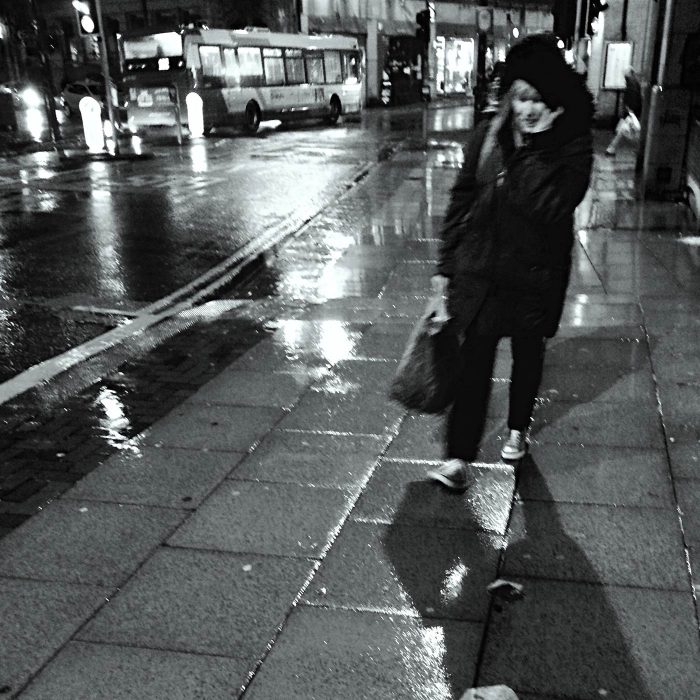 Sad Sally imagined that her time was just about up by now. Good oceans they’d been, all — drunk up dry for quite a while, and fish as prisoners were forsaken in the end, after all. To the rousing chorus of “Oh, Susanna” that continued to ring in her ears, she had nothing but acid-tipped curse words to hurl. That’s the problem with planets these days (she thought), just all full of ingrates, salty air, and bad folk melodies. Well, enough of that for nostalgia.

She allowed herself a tidbit of such empty leisures now and again. She knew the bus was on its way and she’d be skipping town soon. Sigh. Useless! Just useless! What’s the use of even making up a schedule if they’re never running on time? Repeated sighs and various colorful swear words dripped like slowly killing poison from her Sandra Bernhardt-shaped lips. To kill whom? Not a soul occupied the immediate vicinity…unless…NO. Anyway, the bus should be arriving any time. Any time. ANY TIME.

She wiggled her toes around the inside of her constricting Buster Browns in an attempt to dislodge the pebble and move it to a more comfortable (or, at least, less uncomfortable) place. No reward; the pebble stayed its ground and wouldn’t be so easily manipulated. So much unlike a man — not any particular man. Just men.

At that exact moment, the bus arrived. To her discredit and immediate embarrassment, she was looking the other way and very nearly missed this part: the end of the story, when she’d been run over by the speeding bus.