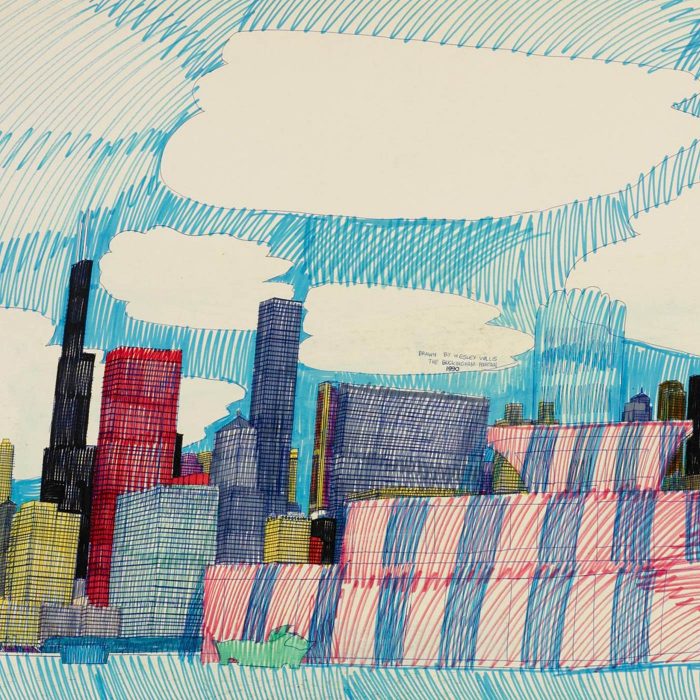 Murdered in spare time, the spirit of Bertrand Cecil Doyle was wont to wander the world in search of sanctuary and a sense of…sense. He wasn’t feeling quite his old self since the merciless execution of his person had been committed, which is something anyone with half a heart could easily understand. Corporal punishment, corporeal punishment, whatever it could be called, he was being punished.

“When I’m dead, all my problems shall be over!” Doyle was occasionally found to lament…but only on those rare, caffeine-free days.

He was also, as events had recently conspired to inform him, quite wrong.

The anonymous nature of his executioner was only the least disturbing element of his recent decease-ing. Doyle’s up-until-yesterday position as midwestern America’s premium Coffee Consultant (“As you like it — or it’s MY dime!”) had never been challenged. In fact, as far as any yellow-page-turning amateur detective could tell, he was the only one specifically advertising such a service to the general public. True to his motto, his assistance in navigating “matters of the bean” had been a mere ten cents per consultation. “1990s Service at an 1890s Price” was the original, pre-turn-of-the-millennium slogan.

Well, all that was over, now. A ghost (as he figured he’d presently become) could hardly be expected to consult upon coffee he could no longer taste. Oh, he’d tried, of course. Not only for the sake of his most regular, loyal clients, but for the simple taste of it. The tiny joy of imbibing that refreshing, hot caffeinated beverage…to feel its warmth slide slowly down his now non-existent gullet.

“Oh, I could just DIE for some coffee!” he exclaimed in his eerie, ghostly wail, the irony of the statement quite lost among his self pity. “Why, I’d even settle for some instant stuff — dare I say it? Even Folgers!”

For most of his forty-three-year lifespan, he’d publicly shunned the “evils” of instant coffee — especially that of the Folgers variety. No one, not even himself, knew why his coffee snobbery extended to specifically decry this particular brand. Surely there were worse to be found on the common market, he’d quietly admit to himself in private, but, as McDonald’s might represent the demise of western cuisine to the fine food aficionado, Folgers was Doyle’s personal effigy of bad taste.

No matter, now. All flavors of everything, not only coffee, were unavailable to this lonely specter’s phantom palette. He continued to bemoan his sad fate while hovering at the scene of his murder: A modest office in the basement of the Flat Iron building in Chicago’s Wicker Park area right at the bustling triple-intersection of Milwaukee, Damen, and North Avenues. Yellow police tape crisscrossed the crimson-speckled room while two separate chalk mark enclosures decorated the floor: one where his body had been found, the other where they’d discovered his head. The apparition winced as his ghostly eyes surveyed his old place of business and the carnage that had so recently ensued there. His carnage. His carcass.

Footsteps…just outside the heavy iron door. A key at the padlock. Doyle had quite forgotten that he was no longer hindered by the constraints of mortal flesh, so instead of stepping through the door to see who approached, he nervously waited in the shadows, looking for a place to hide as he tried, in vain, to chew fingernails that he no longer possessed. Slowly, the door creaked open and a pair of long shadows cast themselves into the room followed by the duo which had created them.

Doyle recognized the first figure as the panhandler they called “Sinatra” who hung out in front of the various store fronts of the area every day except for “jackpot” Sunday when he’d hit the six or seven local churches and retire for the afternoon with more money than most salaried office cogs made in a week. He boasted to any who would listen that he’d once been a contestant on The Gong Show almost twenty years ago, singing (as he put it), a “brilliant” interpretation of “My Way.” With a conspirator’s aside to anyone who’d stuck around to hear this story more than twice, he’d whisper, “sure, I was gonged, but the audience loved me!”

Sinatra’s vague East Coast accent betrayed no specifics as he alternately claimed to be from Boston, New York, Philadelphia, or Trenton, depending on his mood or the weather at the time. He towered over small schoolchildren at a Goliath’s height of five-feet-four or so, and his bony frame couldn’t have been burdened with more than a-hundred-and-twenty pounds, in Doyle’s estimate. His thinning, raggedly shorn short black hair, tiny, overlapping (where they weren’t gapping) set of brown teeth and large, dark eyes that sat wide and deceptively innocent behind invariably smeared, heavy, archaic plastic spectacles made him a mostly non-threatening neighborhood figure. “Oh, it’s just Sinatra,” the locals would say, “let him in, I’ll buy him a drink!” They’d then suffer the usual retellings of stories they had heard dozens of times, always just a little different from before.

Sinatra had also been Doyle’s landlord. For the ridiculously low rent, Doyle gladly endured the monthly ritual of dropping $298.83 (Canadian) cash into Sinatra’s outstretched cap, a mangled version of “My Way” being sung as the only receipt offered. Doyle felt an odd twinge of…sadness, perhaps? He’d actually miss paying rent to Sinatra, he realized. There weren’t too many landlords that inspired such sentiments from their tenants. Then again, there weren’t too many landlords that rented out space they owned, opting to live in the streets themselves, either.

The second figure that entered the ransacked office space was unfamiliar to Doyle: An amazon woman, Caucasian, at least six feet tall. Whatever hair she had was covered by a disheveled ski cap that sported a faded Chicago Bears logo. Her age was indiscernible. She could have been anywhere between twenty-five to forty-five years old.

She spoke, and her voice hinted that she occupied a rung towards the younger end of the age spectrum. Now that she was closer, Doyle took in the rest of her ragged, thrift store/dumpster ensemble. The grime that covered her face had a lot to do with her original age concealment, he decided.

“What the Hell happened here?” she exclaimed, clearly shocked at the room’s condition as her eyes adjusted to the darkness.

“Aw, well…there was a bit of a mishap with my last tenant, I don’t know. I think he might’ve gotten involved with some unsavory characters, yeah. Too bad. Nice guy.” Sinatra’s familiar voice filled the room. “But I’ll have this all cleaned up by the end of the month. Or sooner. Probably.” then, the inevitable change in topic that Sinatra was famous for, “Did you catch the basketball game earlier?”

The woman winced, her eyes still looking about the former office space of Mister Bertrand Cecil Doyle, Coffee Consultant extraordinaire. They stopped at the chalk circles and she screamed, “This is a MURDER scene!”

Sinatra blinked a few times, took off his glasses, and wiped his face with his shirtsleeve. “Yeah, people die all the time. This is an old building. I’m sure this isn’t the first time this sort of thing’s happened here, either. Do you want the room or not?”

The woman backed up without looking and Doyle reflexively flinched as she stepped on his “toe.” He only felt her warmth as their bodies intersected. She seemed to shiver slightly and look around nervously. Doyle also noticed something else — the woman slipped something into her coat pocket that faced away from Sinatra.

“You’d never be able to rent this cheaply enough for me to want to live here! Not now! Are you nuts?” She retorted, her hand effortlessly emerging from her pocket with the ease of a stage magician.

Sinatra seemed to ponder the question seriously for a moment before answering, “Ohhh…I’m sorry you don’t like the place, lady. Look, how about if I sweeten the deal with a bagel? You like bagels, don’t you?”

The woman stared at Sinatra, aghast. “I don’t like bagels, and I don’t like YOU.” She squeezed her eyes shut and rushed past Sinatra out the giant, open door.

Sinatra stood still, shaking his head sadly. “Cecil wouldn’t have had an outburst like that. That’s what it was! An outburst!” He walked to Cecil’s old, upturned office chair and righted it, sitting down. “Ah, Cecil, you were a good kid. Too bad you screwed it all up.” He continued shaking his head, his gaze slowly coming up to seemingly scrutinize Cecil’s stunned ghost.