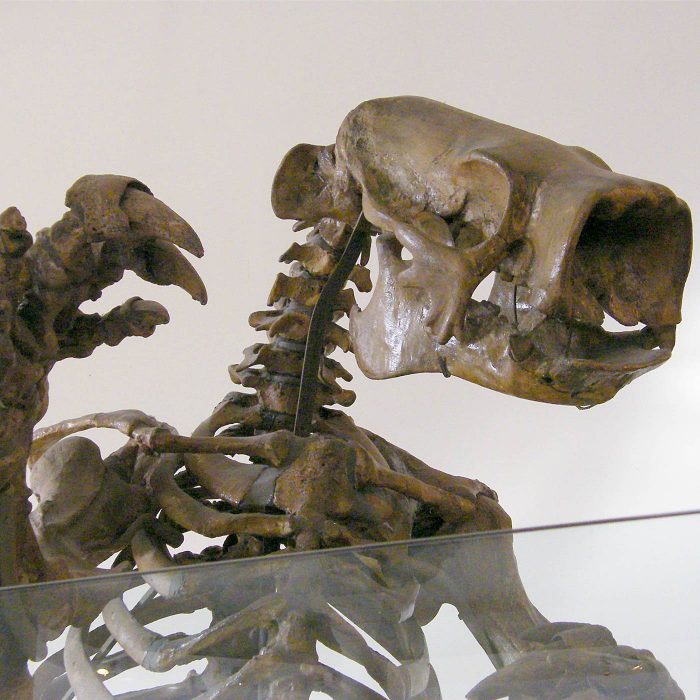 Fugzilla had headaches ten times the size of Tokyo — so could you blame him for his normally unsociable behavior? Would you keep that kind of stuff inside of your head? No, I thought not. Omaha was in awful shape on its own demerits, so what’s the real harm, anyways? Well, plenty, according to the judge and twelve jurors who accused Fugzilla of disorderly conduct, trespassing, littering, and bad breath, amongst other numerous offenses.

“Fuggie” (as his sweetheart had been fond of calling him before the horrible accident) was on his way to THE BIG HOUSE (said in the same ominous tone usually reserved for identifying THE MAN). Blue-tinted handcuffs in place around his stubby, strong wrists were too tight and he said so, but his protests were ignored by THE MAN. (Yes! There’s the tone! You’ve got it!) It might be needless to say this only irritated Mr. Zilla just a little more, and a lot more beyond a containable level of safety as far as THE MAN’s life was concerned.

With a sudden burst of fiery breath and a surly wag of his two-ton tail, Fugzilla’s escape was initiated. Pulverizing the paddy wagon and slow roasting THE MAN responsible for his transportation to the proper correctional facility, Fugzilla was free…for now. Omaha was a distant char mark on his mental map of the world, but there were other cities to discover and tear apart, burn, and conquer. Fugzilla was free to exact his revenge on cruel humanity! Vive l’monster!