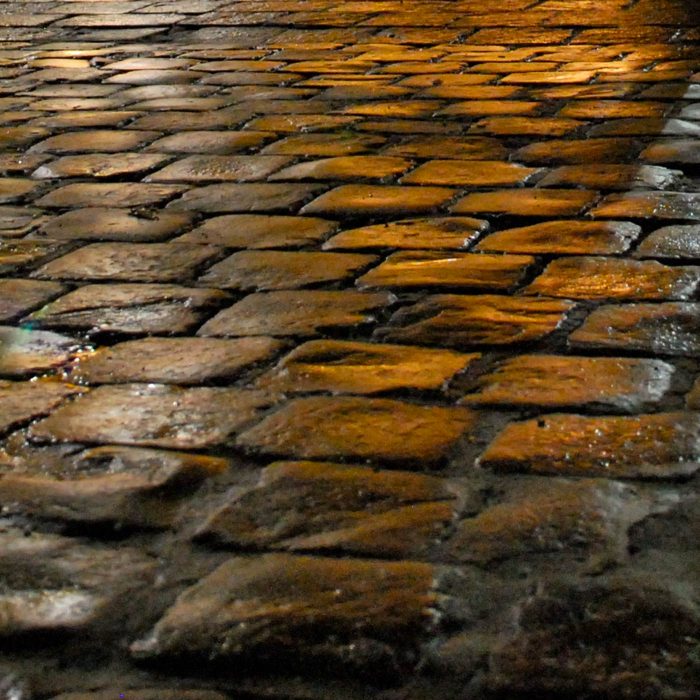 “French bad guys look like bland peacocks at a bakery raid!” was the first thing I heard upon stepping from Sunday’s Church Of The Month onto the gritty cobblestones of Athens’ main street and the traffic which was inevitably to be found there.

The guy who had said this was a fellow of minuscule, yet dignified proportions. I mean, he couldn’t have stood more than five feet, tops. Anyway, he decorated his face with a complicated-looking (yet remarkably well-groomed) moustache contraption like they used to wear in the old days…back before anybody bothered to count anything but their banknotes.

It was a waxed affair, tipped at either end with a tiny, silver cap from which translucent glass chandeliers hung in delicate miniature. Another extraordinary feature of his apparel was the poodle stole which wrapped around his neck like a dainty, fuzzy python, its eyes open wide and tongue lolling idiotically from its gaping mouth. The rest of his frame was adorned in an elegant, smartly pressed brown suit, finished off on the bottom by the shiniest pair of lettuce-colored loafers I could ever recall having seen.

These things being said, one begins to understand why I was initially taken aback by this weird sighting and the even stranger utterances which fell from said gentleman’s mouth. Then I realized he was looking directly at me. He began to repeat himself, but I put my hand up to let him know that, yes, I had heard him the first time.

We stood a respectable distance from one another — a good six feet or so — but I could smell the lavender upon him. A pleasing, yet disturbing scent that, for some reason, I couldn’t quite place my finger on…reminding me of someone I had once loved?

It was getting darker, and the traffic was slowing to a mere trickle of its former self. The man shrugged, muttered something to himself, and walked past, patting me reassuringly on the left shoulder. “You’ll get it, someday.”

And he was gone.