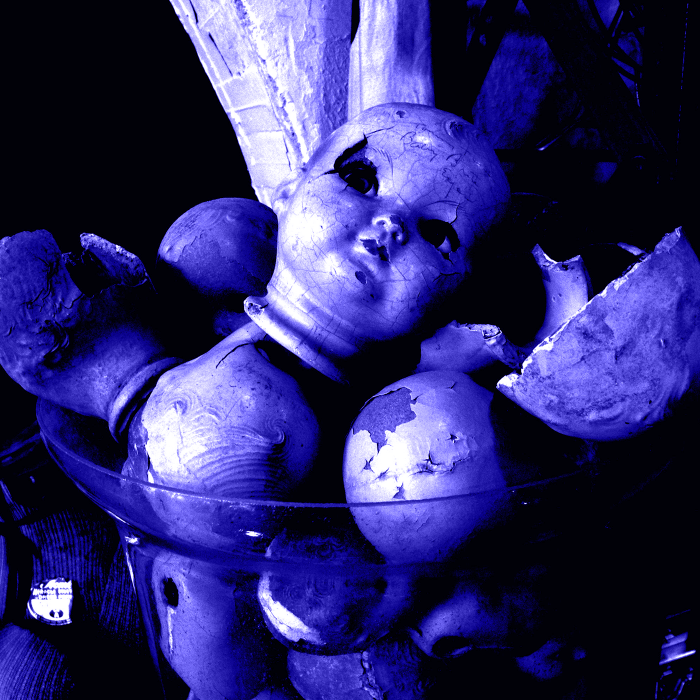 Yelp only allows something like 5,000 characters per review, so I had to considerably trim down this one-star review of the new business that effectively displaced us from our home of two years. This is the full version, but you can read the mercifully shorter version of my review of Cafe Delano in Hillcrest on Yelp. (UPDATE: Review removed by Yelp without warning or explanation.)

The bartender and wait staff seem really nice. The food is decent enough. So why the one-star review?

My girlfriend and I have lived in the apartment directly upstairs from this space for a little over two years from back when it was the much friendlier — and quieter — Bangkok Thai. When Bangkok Thai (R.I.P.) closed a few months ago and the construction noises began to herald the coming of Cafe Delano, we were kind of excited to find out what the new place would be like. And then the workers started blasting the stereo (left over from Bangkok Thai, I was told), and the bass would rattle our furniture and make glasses of water ripple like the approach of Tyrannosaurus Rex in Jurassic Park. Figuring that sooner rather than later would be a good time to establish acceptable boundaries with the new neighbors, I went downstairs to explain the physical effects that their music was having on our living space. The first time was no problem. The stereo was turned down and everyone went back to business as usual. The second time, about a week later, ended with the same result. The third time, a few days after that, one of the owners and I got into a conversation that went something like this:

Me: Hello! The low end from your stereo is coming right through the floor and shaking everything we own. Could you please turn down the bass?
Him: Well, you know, this is going to be a business soon and we’re going to have the stereo pretty loud sometimes.
Me: Well, you know, we never had any noise problems with the business that was here before over the last two years that we’ve lived here, and I’ve already had to come down here three times — and you’re not even open yet.
Him: This is the same stereo system; there’s probably a reason that place went out of business.
Me: (Trying to wrap my brain around his straight-faced Bizarro World logic, I tried a different approach.) The thing is, my girlfriend gets up for work at 4 a.m., so… if you want to come upstairs right now, I can show you what your stereo sounds like to us and why this is not cool.
Him: Well, I’ve got to make money. We’ll have to sit down and talk about this.
Me: (Knowing that the building management lists a noise curfew of 10 p.m. in our lease, I figured this was somewhat reasonable.) Fine.

After a few more weeks of construction (and, thankfully, no more stereo incidents), Cafe Delano finally opened on Pride weekend. Trying to initiate a more neighborly rapport with the new business, I agreed to meet up there with a couple of friends on opening night and give it a fair chance. It was after 8 p.m. and the girlfriend was already in bed so that she could get up at 4 a.m. for work; she was making do as best she could because, as predicted, noise had been coming through the floor all day long. But it was Pride weekend and opening day, after all, so we endured it all good-naturedly and without complaint. She had pulled out the sleeper couch in the living room because the sonic intrusion was marginally less potent there than in our bedroom. One positive result: This situation prompted her to look for alternative housing that we’ll soon be enjoying (in a bigger and much quieter place).

Downstairs, I tried a shrimp po’ boy sandwich, and it was, I must confess, pretty tasty. I gave one of the so-called sangrias a try and found it to be tolerable, though it was made with white wine; I wasn’t given any options or told that the red had run out until I requested one afterwards. I asked what kinds of beer were on tap, and I was told that only bottles were available. Really? In this neighborhood? Hmmm…

I reintroduced myself to the owner I’d met before, and the conversation was pleasant enough. As it got closer to the building’s 10:00 p.m. noise curfew that my girlfriend upstairs was so eagerly awaiting, I was relieved when the bartender shouted “last call!” I closed out my tab and was both surprised and saddened when I was told that there was no way to tip on a credit card. Ouch. Figuring at this point that I’d be back again, I resolved to bring some cash down next time I saw her there.

About a week later, when it was my girlfriend’s night off, I convinced her that we should give Cafe Delano a try, since she’d not yet been. We even stopped by the bank to get cash in case the bartender from my last visit was there (she wasn’t). We had an enjoyable enough time and met the other owner, who was kind enough (at the time) to buy us a couple of drinks. It was Mindy the bartender’s first night there and she was really nice (with the scant ingredients given, she makes good drinks). We stayed there until around 11:30 p.m., which could have been a problem if we weren’t currently the only residents above the place who would have noticed the noise. As it turns out, it was a mistake to hang out and spend over $60 (over $80 with tip) at Cafe Delano, because the owner who was being so nice to us this night would use it as ammunition when I would later make a noise complaint. (Apparently, his business partner isn’t the only one well-versed in Bizarro World logic.)

“Later” proved to be last night. I had been in another part of town with friends, but returned to find the girlfriend still awake after 10:00 p.m. — with sternum-wobbling bass from downstairs once again permeating our apartment. It was past the 10:00 p.m. curfew, which the building management had confirmed with us the previous week when Cafe Delano was blasting its beats well past 11:30 p.m. (in spite of not being open and not responding to phone calls or knocks on either front or back doors, ceasing only when the girlfriend jumped up and down on the floor between songs to let the people there know that we could hear them just fine). In her bedclothes and figuring that what worked before might work again, she jumped up and down on the floor. This time, though, the music continued. In fact, it seemed to get louder. Since I was still dressed, I decided to go down and ask whoever was there, face to face and as a neighbor, to please turn down the bass. I expressed that it wasn’t even a volume issue, but the bass was killing us. I was met by the owner from our last encounter, who said there was “no way to control it.” As I proceeded to politely explain to him how his stereo works and how it’s actually very possible to control the level of bass apart from the level of volume, he retorted that he “has no noise curfew” and can, according to city ordinance, “play music up to x (many) decibels until x (long past the designated curfew) time.” He wanted to show me the ordinance, and I just wanted him to show us some common courtesy.

At this point, he proceeded to call me a “hypocrite” since the girlfriend and I had been in there until 11:30 p.m. that one night (again, because we’re the only ones currently occupying an apartment above the business) and that I could “call the cops” if it was such a problem. I said that “it may come to that” and started to walk out. Before I even got to the front door, I heard the owner tell the bartender to “turn it up.”

So up it went (way up) until a little after 11:30 p.m., to pause while Cafe Delano was closed, and resume again this morning at just a little after 9 a.m. — no doubt as a lesson to the uppity neighbors above who dared to beg for some peace and quiet in their own home.

We’ll be moved out by the end of the week, but the tenants who take our place will undoubtedly be faced with the same poor attitude and disregard for comfortably sharing space with others. It’s like being in a dorm room without the benefit of earning a higher education (evident by Cafe Delano’s official website [at the time of this writing] advertising its location on the fictional “Univesity” Avenue in a magical Neverland called “Hilcrest”).

My beef with ownership aside, Cafe Delano really has nothing to offer our immediate neighborhood that isn’t already provided somewhere else (or several somewhere elses) at varying (but invariably higher) standards of quality.

Cafe Delano has no taps, but it bills itself as “specializing” in craft beer. Sadly, such beer is only available here in bottles. Try Local Habit, Jake’s on 6th, #1 Fifth Ave., or even City Delicatessen right across the street if you want tap-fresh and delicious local craft beer for which San Diego is becoming increasingly famous.

Cafe Delano has no dance floor, but it likes to crank its stereo up to a bowel-bursting, bass-thumping 11. Try Urban Mo’s or Brass Rail if this is your kind of scene. (And take comfort in knowing that you won’t be disturbing anyone who’s trying to sleep, as neither of these places has apartments directly above them.)

Cafe Delano has no full bar, but it makes an admittedly tasty enough (though weak) wine and fruit concoction that it calls “sangria.” Want the real thing, though? Ortega’s down the street is better. Or, if you want an alternative to sangria altogether, go for Yu Me Ya Sake House.

Cafe Delano has a pretty small menu for calling itself an “urban eatery.” In a part of town that’s all about urban eateries, your money is better spent at places like Local Habit, Empirehouse, The Fig Tree, Tractor Room, or Urban Eats (which actually does deserve its moniker).

Cafe Delano doesn’t really serve enough good wine or cheese to make it a bona fide “wine and cheese” kind of hangout. If that’s what you’re craving, I recommend skipping this place entirely and going directly to Jake’s on 6th, The Wine Encounter, The Wine Lover, or The Fig Tree.

Having been in Hillcrest for a while now, we’ve seen far worthier businesses come and go in the span of just a few months — it’s a tough market. I don’t think I need to go out of my way to wish any ill upon this place (everyone I’ve met who’s been associated with Cafe Delano, with the exception of the owners, has been professional, friendly, and reasonable), but I don’t see how it’s going to survive if making enemies of its immediate neighbors for the sake of a few decibels is part of its genius moneymaking strategy.

4 comments on “Cafe Delano: Creep in the Cellar”