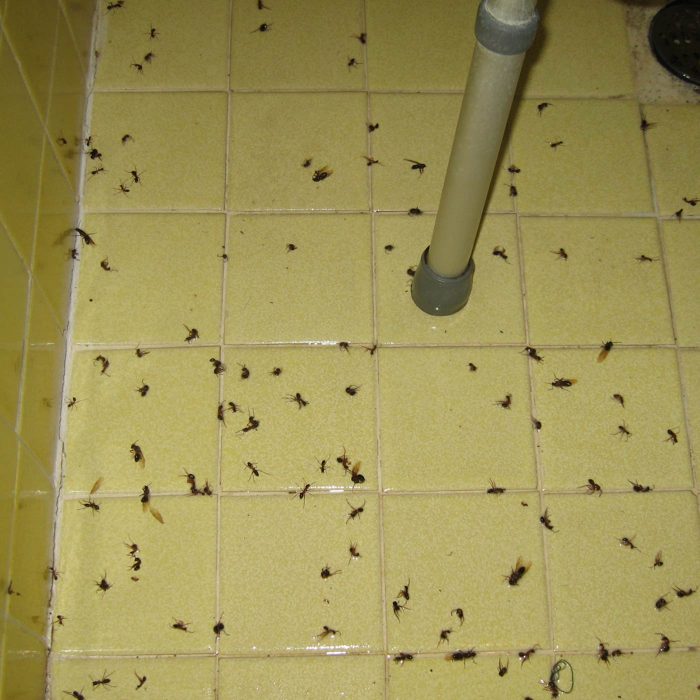 A head on a stick. A matchbox full of razor blades left mysteriously open for all to see. A floor covered with raisins and a sticky, gooey smattering of honey. Milton flushed the ant-covered toilet twice with his left big toe from the opposite end of the tiny bathroom (doubly a misnomer, really, since no bath was to be found and there was no room within the confining boundaries of said “room”).

Milton didn’t speak French anymore, so the lipstick-smeared mirror’s frosty pink declaration was lost on him. Something about teardrops and tombstones, love lost for long or forever, and how it probably didn’t matter, anyways. Always so fatalistic, those Franks, he thought.

He rubbed cold knuckles against the scruff of his chinny-chin-chin and contemplated lunchtime (speaking of franks. Beans would go nicely with such a midday snack). Yes. Something to eat would make the investigation proceed with greater ease, and he was sure of it. He placed a set of mirrored sunglasses on the stick-impaled head of the former tenant and wondered, aloud, where the best place for such refreshment could be had in this neighborhood.

The head on the stick didn’t answer. Milton sighed and said, “looks like it’s the yellow pages. Again.”

Originally posted on my LiveJournal in December of 2000.