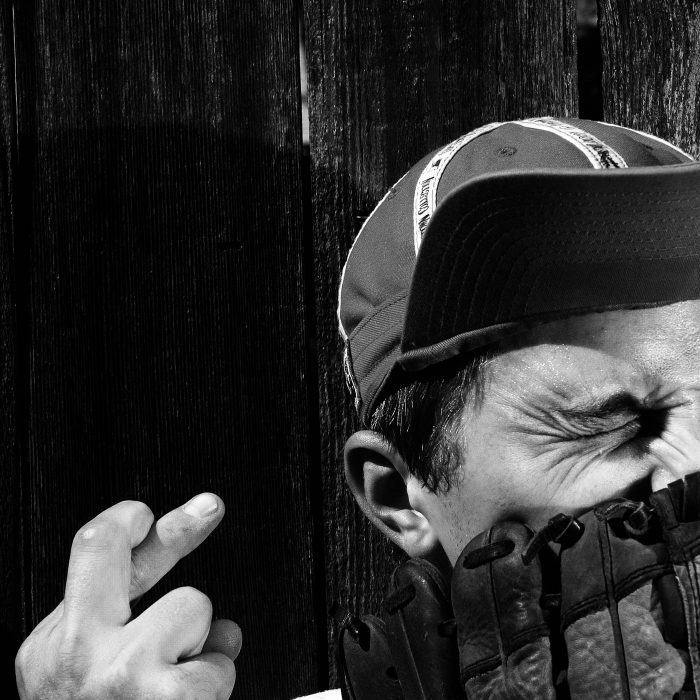 The mechanized dipshits on floor nine had no idea where to begin. Boxes, many burst like office supply piñatas, lay in toppled stacks across the tread-creased, threadbare carpeting. Mold-scented ceiling tiles dotted the floor; above them were the empty spaces they’d left behind like incomplete visions of the abyss rumored to lurk, masquerading as floor ten, just beyond the limits of human eyesight. It was believed that the mechanized dipshits could see into the darkness just fine, but they weren’t telling (not that anyone thought to ask). They were dumber than the damp cardboard that littered this old, forgotten office, and no one wanted to confess that they could understand the language of such simpletons lest they be branded simpletons, themselves.

Donald spoke m-dip fluently (and, like untold others, secretly), but he found himself wishing, at that moment, that he didn’t. As understanding of their immediate situation made its way into his prideful human brain, he could feel his equally human heart thumping like a steady, ominous soundtrack from an old motion picture.

“Begin query, respect. Tall, advise upward motion, endstopover.” Said the little one to the big one.

Donald snickered like a schoolkid several months younger in spite of himself. Fart humor was always hilarious, regardless of degree or pedigree, especially when doled out by clueless m-dips. His fellow expedition mate John arched his eyebrow; Donald feigned coughing to cover any suspicion that he might be reacting to the seemingly gibberish dialogue spouted forth by the unintentionally comedic mechanical duo.

“Too much dust in this dump,” said Donald, “I hope we can clear this floor and get some sleep back at floor three camp before we have to proceed. Daylight would be helpful. These flashlights are worthless.” He waved a beam over the unrelenting darkness of where one of the fallen ceiling tiles had left a yawning gap. Either the space was deeper than the light could penetrate, or… he didn’t want to imagine what could constitute “or.”

“Why’s your voice shaking, man?” John asked, his other eyebrow arching to accompany its fellow. “This is an easy job. You should have seen what it was like on Charon. m-dips frozen to their tethers and the colonists were feverish beyond their senses. They were trying to kill us all, Don. And it was much darker than a few holes in the ceiling. Waiting for daylight was hardly an option.”

“I’m only eight years old. Being afraid of… rather, cautious of the dark is perfectly appropriate for my designated age bracket. This is my first time on assignment; I just graduated last month. Give me a break, you ass.”

The previous floors they’d cleared had been much easier, and the key’s efficacy had so far been generous in allowing them continued passage upward. This was, however, the first floor they’d found with remnants of what its long-vacated tenants had left behind. A room already picked clean by past scavengers made for efficient progress to the top, but it certainly made one wonder: why was this space left intact?

Donald nodded, trying to discern more of the m-dips’ conversation without arousing any more of his expedition mate’s suspicions.

“Forget about it, John. Whether we like it or not, we’re going to be here for a while. Dig in. Find something to read. The flashlights shouldn’t fail to help with that, at least.”

“You’re the boss, Don.” John yawned and picked up a copy of what looked like a soggy, fungus-bloated textbook. “Ah, rats. Martian. I can’t read this crap. Flashlights or no flashlights.”

“And that’s why I’m the boss,” said Donald, barely hiding the sniffle of smugness that punctuated his announcement. “My undergrad was in Martian. Let me have a look at that.”

Donald gulped audibly as he read the title and turned as pale as a so-called supernatural entity, himself.

“Floor three camp?” Asked John, his own voice ending on a higher pitch than usual.

Left behind, the duo of m-dips continued their conversation, seemingly oblivious to the hasty departure of their former masters.

The m-dips slumped over as faintly green steam expelled itself from each one and hovered briefly before slipping quietly into one of the convenient portals to the silent abyss above.

2 comments on “No One’s a Wunderkind in the Darkness”